Welcome to the Round Table
for the Week of August 29th, 2010 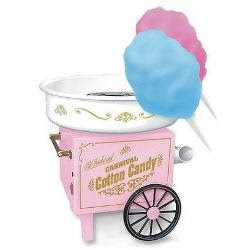 This Week in History

1886 - Li Hung-Chang’s chef devised a tasty dish in New York City. It satisfied both American and Oriental tastes. The delicacy was called chop suey. Hung-Chang was China’s Ambassador to the United States.

1966 - Mia Farrow withdrew from the cast of the ABC-TV prime time drama Peyton Place, after starring for two years. With Farrow’s exit, her character, Allison, was dropped.

1905 - Ty Cobb appeared in his first major-league baseball game. He played for the Detroit Tigers.

1965 - After 40 years in baseball, Casey Stengel announced his retirement.

1992 - Chess champ Bobby Fischer came out of his 20-year retirement to hold a press conference in Yugoslavia. He spit on an order from the U.S. Treasury Department warning him of his pending violation of U.N. sanctions if he played chess in Yugoslavia. Fischer announced that he would, indeed, play his one-time rival, Boris Spassky, in a $5-million chess match in Sveti Stefan, Yugoslavia -- despite the sanctions. The match began on Sep 30th and ran thru Nov 11th. Fischer won.

1924 - Theatregoers heard the song "Indian Love Call" for the first time in the operetta "Rose Marie", which opened in New York City.

1945 - U.S. President Harry S Truman proclaimed this day as Victory-over-Japan Day (V-J Day or Victory Day). It was so named because the official ratification of the Japanese surrender to the Allies was made aboard the "USS Missouri" in Tokyo Bay on this day (Far Eastern Time). The informal agreement of surrender had been made on August 14th.

1783 - The Revolutionary War ended on this day. A treaty was signed by Great Britain and the United States in Paris, France. The treaty bears the signatures of Benjamin Franklin, John Adams and John Jay.

1895 - The first professional football game was played -- in Latrobe, PA. The Latrobe YMCA defeated the Jeannette Athletic Club 12-0. Since 1967, St. Vincent College in Latrobe has been the home of the Pittsburgh Steelers training camp. 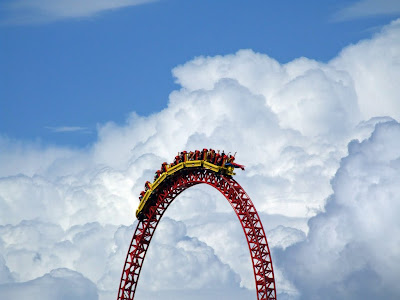 The roller coaster photos bring back memories. The new ones may be flashier and prettier, but the old ones really scared the heck out you. In many instances you were taking your life in your hands. Others you just got beat up more, but the free fall was exhilarating. You knew when you rode the old Savin Rock roller coaster that you were on a roller coaster. The frame/structure supported the rails and cars were all wood and the click clack and sounds prepared you for the first dip. Nothing wimpy about it, fer sure. With the new ones that I rode: all I can say is that the thrill is gone.
Thanks, Naomi. I love roller coasters, the other amusement rides, and Jacques Brel. It was also fun visiting the TV Peyton Place. I watch the movie every year on Labor Day and have memories of a friend showing me passages from the book when were pre-teens. It was the Rodney/Allison scene at the prom. We were hiding in a phone booth in a drugstore in Langley Park, MD. We'd taken the paperback off a rack and didn't want anyone to see us reading it.

Joe, I've ridden one of the old wooden roller coasters, the one in Long Beach, CA, that starts on the beach and loops out over the water. I was around ten, and my parents had taken me to see Disneylandďż˝probably about two weeks after it opened. My father took me on the LB roller coaster, the first one I'd ever been on. We reached the top of the first "hill," and he said casually that I might want to hold on When the ride ended, he was missing three buttons from his shirt. Guess I did hold on.

This was my first rollercoaster, the Pike in Long Beach. Scary, noisy, jerk and shake ride that I was sure led to death.

And then I wanted to get on again.
I guess that you did hold on! There was another ride at Savin Rock called the Wild Mouse. The structure supporting the car/mouse was metal, but it was more dangerous than the wooden roller coaster. The Wild Mouse ride was located next to the Carousel overlooking the water. It didn't put your stomach up in your throat like the roller coaster, but you knew that you were on a ride, even though the "hills" and "dips" weren't all that much. The safety problem resulted from a design flaw or possibly even physics. The "mouse" would bang an almost 90 degree turn. One of the turns overlooked the water, and a car or two went off the tracks and into the water tragically resulting in some fatalities.
It's state, county, and local fair time again. Anyone- besides me- remember the B-52 ride? How about cotton candy? It was a big deal when you were a kid.
I love roller coasters, especially the ones at Disneyland and Walt Disney World.

Well, stop the ride, I want to get off.
Why just this morning I read that the FDA is getting ready to inspect all large egg farms.

This pattern of Obama interfering with business has got to stop.
If this is allowed to continue, we might see FDA inspectors showing up at MEAT processing plants next!

Why does Obama hate America?
Cedar Point in Sandusky,Ohio is the Mecca of Roller Coaster
I rode front seat on the Magnum XL200.

I rode a Wild Mouse carnival ride about 50 years ago joe, it was a rickety scary old thing, partly wood and partly metal, looked like it was going to collapse any minute.
Oh! I grew up at the Great Southeastern Fair every year at Lakewood Fairgrounds, East Point, Ga. (greater Atlanta area). Our old roller coaster built in 1915 was all wooden. Talk about rickety and scary!
It was demolished in Smokey and The Bandit in 1977.
I tried to find a photo but couldn't
Here's a youtube. Speed ahead to the 1:35/40 point and you'll see it if you're interested.

Last time I was visited Lakewood Fairgrounds now a concert venue was in 2004 to see what is left of the Grateful Dead. Originally Posted by Phil Hoskins
This was my first rollercoaster, the Pike in Long Beach.

Scary, noisy, jerk and shake ride that I was sure led to death.

And then I wanted to get on again.


That's the one I was talking about!
Originally Posted by Greger
I rode a Wild Mouse carnival ride about 50 years ago joe, it was a rickety scary old thing, partly wood and partly metal, looked like it was going to collapse any minute.


Ocean City (MD) had a Wild Mouse, but it paled in comparison with the double Ferris Wheel.
Ocean City is great. Did they have that large stuffed shark on display that someone caught when you were there?
One amusement park attraction that really scared the crap out of me was the Wax Museum. Wow! Morning Everyone. Is it Saturday yet?
Bama is in heat RTR girl. Here is a bit of California fun

Love it! O.K. if it's sculpture, can I post it?
Someone take this down if it is inappropriate. It IS art!

O.K. when I was in Rio, my friend and I called Fernando, our friend Barbara's uncle. He lives near Copacabana Beach. Fernando and three of his gay friends came over to meet us. They took us dancing and we danced all night. Before going to the club we stopped at Rolomundo's apartment. He is a fashion stylist. This sculpture was in his beautiful apartment.

Well I did something wrong.
Probably.
...just a drive-by. Dad is now here living with me since Sunday. Things are going well (...so far!

Haven't had too much computer time - been busy getting dad settled and going on job interviews.

Quote
Brand new edition of....
'You know you're a redneck when......
1. You take your dog for a walk and you both use the same tree.
2. You can entertain yourself for more than 15 minutes with a fly swatter.
3. Your boat has not left the driveway in 15 years.
4. You burn your yard rather than mow it.
6. The Salvation Army declines your furniture.
7. You offer to give someone the shirt off your back and they don't want it.
8. You have the local taxidermist on speed dial.
9. You come back from the dump with more than you took.
10. You keep a can of Raid on the kitchen table.
11. Your wife can climb a tree faster than your cat.
12. Your grandmother has 'ammo' on her Christmas list.
13. You keep flea and tick soap in the shower.
14. You've been involved in a custody fight over a hunting dog.
15. You go to the stock car races and don't need a program.
16. You know how many bales of hay your car will hold.
17. You have a rag for a gas cap.
18. Your house doesn't have curtains, but your truck does.
19. You wonder how service stations keep their rest-rooms so clean.
20. You can spit without opening your mouth.
21. You consider your license plate personalized because your father made it.
22. Your lifetime goal is to own a fireworks stand.
23. You have a complete set of salad bowls and they all say 'Cool Whip'on thesidee.
24. The biggest city you've ever been to is Wal-Mart.
25. Your working TV sits on top of your non-working TV.
26. You've used your ironing board as a buffet table.
27. A tornado hits your neighborhood and does$100,000 worth of improvements.
28. You've used a toilet brush to scratch your back.
29. You missed your 5th grade graduation because you were on jury duty.
30. You think fast food is hitting a deer at 65.
This must be what the end of the world looks ;ike
Naw, Schlack, that's just a little afternoon Thunderboomer, it cools things off and passes over in just a few minutes.

And, Phil, some of those things might seem unusual or out of place in WestHo but around here they're fairly common.
hehe, the orange ball

quite clever, although it would probably get you shot in the US.

I wouldnt normally post an advert but this is just too damn good
It's the start of college football season, and my younger son is in Hog Heaven! He's getting pumped up for the UCLA-Kansas State game(12:30 pm PST). He's been watching College Game Day/ESPN Sports Center since 7:00 am. He's like a kid on Christmas morning.

I know that BamaMama is heading for Tuscaloosa for the Alabama-San Jose State game. San Jose State is my dad's Alma Mater. So I wouldn't mind an upset. It's a long shot, but I can dream, can't I?

Getting in the car immediately. I found a sports bar in Tuscaloosa and am going to meet #2 son and his wife Adriana there.

The game is only pay-per-view, so I'll be watching it "live." Of course I don't want an upset. The talking heads said that some of the players on San Jose State actually have to play offense, defense, and special teams.

The new stadium is being unveiled tonight. I was able to go into the new part two Saturdays ago when the boosters got to attend a Bama scrimmage. It is nice.

Let the games begin. How about my cocks? They looked good didn't they?